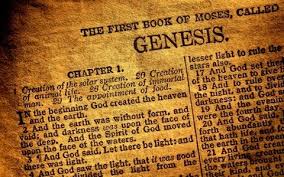 The Main Point:  God created and maintains everything that exists.  Sin damaged God’s creation and relationship with humanity.  God is at work in the world restoring both of them.

The Writer:  We don’t know the writer of Genesis.  A Jewish tradition tells us that Moses wrote the first five books in the Bible (Genesis through Deuteronomy).  Abraham who is mostly talked about in the book lived at least 700 years before Moses and some claim almost 1,000 years.  Theologians say Genesis is a collection of stories passed down by word of mouth from one generation to the next.  Jewish scholars assembled these stories into a book hundreds of years after Moses, during the time when kings ruled Israel.

Date:  Genesis begins at the beginning of time through the lifetime of Abraham’s great grandson Joseph.  Joseph lived in and around 1800 BC.

Area:  The stories cover a lot of Middle Eastern territory.  Areas that we now know as Iraq, Syria, Turkey and Egypt.

The name “Genesis” comes from a Greek word meaning “origin, “birth” or “beginning”.  Genesis is certainly a book full of beginnings:  The Universe, Humanity, Sin, Civilization and The Jewish Nation.

Genesis does not answer questions about exactly how the universe was created.  However, it answers the question of WHO created it!

Genesis 1:1-2 .. “In the beginning God created the heavens and the earth.  The earth was formless and empty, and darkness covered the deep waters.  And the Spirit of God was hovering over the surface of the waters.”

God creates the physical universe, from the distant stars to the starlight reflected in human eyes.  In the creation story, God’s work extends over seven days.

Brought to you from:  The Complete Guide To The Bible